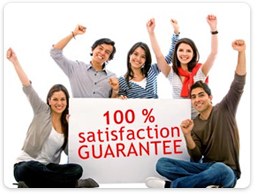 More Help
OUR SAMPLES
The company of stability,
trust and quality


An essay on Chemistry is usually written in scientific format whereby part of it is the subject/idea and the other part is research and analysis. This however depends on the type of chemistry essay that one wants to write. The format of writing an essay is still however followed i.e the introduction, the main body that contains the content of your subject matter ,a conclusion and references.

There are mainly three types of chemistry essays when categorized according to the content format:

Theoretical essays involve extensive research on a specific subject matter, usually involving a lot of reading. Such essays usually simplify content that would otherwise be difficult to understand and bring together dispersed information that had previously been spread across several sources .Such essays tend to prove or reinforce an already known idea but can also raise questions for further research.

Another type of essay is the Chemistry extended essay .This is a research paper that a student writes based on a subject matter of the student's choice, but must based on one of the International Baccalaureate Program courses, in this case, any of the Chemistry sub-topics like inorganic ,organic, medicinal or organo-metallic chemistry .The essay usually should not exceed 4000 words.